Quotes on Food - For Thought 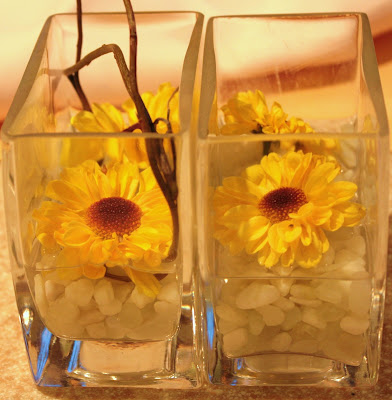 There's nothing that triggers creativity more than when you have cooked something but that something is better left unblogged. But you still have, that irrepressible urge, to post a post anyway. I had three disasters in a row. A burnt lasagna, an ugly korma and a dry cake.

So I begun to see patterns on the bottom side of the pancake that I made this morning and I took a picture thinking, perhaps, that I could present them as food art. The three fingered cracks on the cake caught my eye and I wielded the camera again. Licked spoons in dirty bowls attracted me like flies to garbage. Everything became potentially bloggable as I scrutinized and searched the still uncleared dining table. I pondered. I googled. I looked at other food blogs, I seethed, and then I hated them immensely :D. I did everything but got my bottom off the chair to whip something up in the kitchen.

Then I remembered Woody Allen's line, Time is nature's way of keeping everything from happening at once. Now I know why I can't post and whip something up at the same time!

Then I remembered Francis Bacon's line, Hope is a good breakfast, but it is a bad supper. And with that I just know now that I have to post a post tonight instead of hoping to post one tomorrow. Do it now! Not tomorrow! Not yesterday! Do it now! is another line by a very successful and young Indonesian entrepreneur who started a kebab franchise and became very very wealthy afterwards.

With that I googled frantically and I came up with a pretty long list of quotable quotes on food. For thought. And for my blog.

Cucumber should be well sliced, dressed with pepper and vinegar and then thrown out.
~Stephen Wright~

Escargot is French for a crawling bag of phlegm.
~Dave Berry~

Personally I stay away from natural foods. At my age I need all the preservatives I can get.
~George Burns ~

Whenever cannibals are on the brink of starvation, Heaven, In it's infinite mercy, sends them a fat missionary.
~Oscar Wilde~

Ice cream is exquisite. What a pity it isn't illegal.
~Voltaire~

I refuse to spend my life worrying about what I eat. There's no pleasure worth foregoing just for an extra three years in the geriatric ward.
~John Mortimer~

Mosquitoes remind us that we are not as high up on the food chain as we think.
~Tom Wilson~

The only time to eat diet food is while waiting for the steak to cook.
~Julia Childs~

I am not a glutton. I am a food explorer.
~Erma Bombeck~

Everything you see I owe to spaghetti.
~Sophia Loren~

My mom made two dishes. Take it or leave it.
~Stephen Wright~

My doctor told me to stop having intimate dinners for four unless there are three other people.
~Orson Welles~

It is so beautifully arranged on the plate - you know someone's finger's have been all over it.
~Julia Childs~

Sigh. Got to buy some food. A mouse hung itself in my fridge and left a note 'Can't live like this'.
~ Ustas~

Nothing would be more tiresome than eating and drinking if God had not made them a pleasure.
~I did not note the author~

The only way to get your wife to cook good is to get her to blog food.
~me~
Posted by Zurin at 5:30 PM

That last one is great! My husband is eating better than ever now that I consult from home and blog!

Thanks Chef E! will visit ur site now!